I feel compelled to write a post every year as National Eating Disorder Awareness Week rolls around, especially this year as the pandemic and its inherent isolation have adversely affected so many of us with both diagnosed eating disorders as well as disordered eating.

However, while there is so much to say, and I’m not known for my succinct writing, this post will be relatively brief as I only have the use of my (dominant!) right hand for the foreseeable future.

Observation: Typing with one hand is slow, cumbersome, and tiring.

Last Sunday, early in the morning, as I was walking my dog Shelby, I slipped on the Northeast’s infamous black ice and hit the pavement. The part of my body that hit first and took the brunt of my fall was my left arm.

Verdict: I broke both of the bones in my forearm—the radius and the ulna—and one of those went through the skin. One bone was shattered in a lot of little pieces. Because of the complexity of the fractures, I required surgery, which was performed late Sunday morning, less than four hours after I arrived at the hospital. Additionally, due to one of the bones breaking the skin, I needed IV antibiotics to prevent infection. I stayed in the hospital overnight so I could complete the course of three doses. The surgeon told me that the bone that went through the skin narrowly missed the major nerve in the forearm.

I’m home now, out of work for two weeks, and still in pain. I’m not working not so much because of the typing issue—there are ways around that—but because of the pain. Every time I take pain medication, as prescribed, I promptly fall asleep. And no, I’m no toughing it out without the medication. I’m still in pain when I do take it. 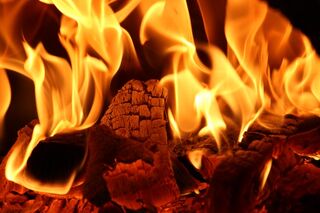 Now, the pandemic has fueled the embers of eating disorders that were simmering in many of us. Who knows? Given a certain amount of time and the right circumstances, the embers might have died down, quietly.

But the lockdown initiated by the pandemic, with all its secrecy and isolation, acted as a breeding ground for eating disorders. Steps away from our kitchens day in and day out, not to mention our smartphones and our computers, we’d be superhuman if the thoughts of restricting or bingeing or purging didn’t creep into our minds.

With the pandemic having surged ahead for this past year, dragging everything behind it in a state of chaos, those of us who have an eating disorder history want nothing more than to re-establish a semblance of order. What better way to do that than to return to the vestiges of something that worked for us once—controlling everything that we put into our mouths? Even what appears to be a lack of control to the outside world is a statement.

There has been a plethora of articles about how the pandemic has affected people with eating disorders. In June 2020, The New York Times published “Disordered Eating in a Disordered Time.” The article speaks to how the “social isolation and unstructured days add to the anxiety of those struggling to achieve a healthy relationship with food.”

On Jan. 23, I posted “There Is No Tidy Ending to My Eating Disorder,” in which I wrote about the difficulties I’ve been encountering with my anorexia during this year of COVID-19. I watch videos of faceless young anorexic women, fantasizing about how I would feel if I got down to a weight that low again. It’s tempting to be blinded by weights, numbers, calories consumed, but one skill that my former therapist and psychiatrist Dr. Lev and I worked on was looking at how I’m destroying everything I’ve worked so hard for up until that point. And that’s called insight. 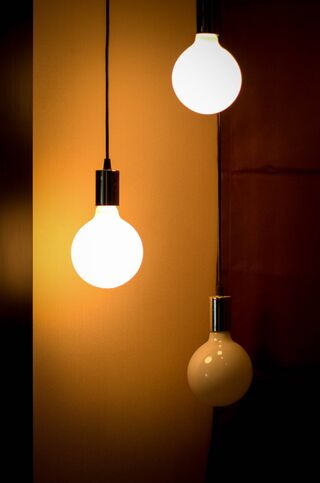 It doesn’t mean that the thoughts have stopped; it means so far I’ve resisted acting on them. And then a wrench was thrown in. I was seen for a follow-up by my neurologist this past week. He raised my migraine medication, which at higher dosages also decreases appetite. He asked me how my eating was and it took me a minute to realize what he was asking about. He was inquiring about my history of anorexia. I reassured him that I was fine, that I hadn’t restricted in years. He turned back towards his computer, satisfied.

My anticipation raging, I practically licked my lips. I saw my (skinny) self partying in my mind.

Need to talk to someone? Call the NEDA helpline at 1-800-531-2237. You can always leave a message and if someone is not currently available, they will return your call or message promptly.