The word Manasa means, conceived in the mind, Manas. Born in the mind. The term Mansa means wish. She is the goddess who fulfills all the wishes of sincere devotees. Goddess Manasa is the serpent God, also a form of Shakti. very powerful and worshipped in different forms and with different names throughout India. Devotees worship her mainly during the rainy season when the serpent is most active. There is a belief that Manasa protects people from snake bites. She is the mythological deity of the serpents who is worshipped for the prevention and cure of snakebite and also for fertility and opulence.

Serpent goddess Manasa is the presiding deity of the snakes. According to the folklores of Bengal, Manasa was the one who saved Lord Shiva from the deadly poison at the time of Samudra Manthan. She is very kind and loving towards her devotees.

Often devotees worship Goddess Manasa for the revival and protection from several incurable diseases. She is worshipped in the form of an idol or even as a formless power. Devi Manasa is known as the daughter of famous sage Kashyapa and Kadru, the sister of serpent king Sesha and also the sister of Vasuki.

Devi Manasa is a pre-Aryan goddess who is most commonly worshipped in different parts of the West Bengal state of India. The tale of Manasa is called “ Manasa Mangala “ where the story of her gaining recognition and attainment of a place among the Hindu pantheon of gods and goddesses are depicted. She is also the name of a form of Lord Vishnu born out of Sambhuti, along with the gods Abhutarajasas in the Rawala Manwantara.

Manasa is depicted as a graceful Goddess adorned with ornaments which are actually snakes. She sits on a lotus under a hooded canopy of the seven cobras. She is often portrayed as a ‘one-eyed Goddess’ or sometimes with Her son Astika on her lap.

Let’s discuss the legends of the serpent God Manasa according to various beliefs and scriptures.

According to the legends, Goddess Manasa is the daughter of Lord Shiva. However, some scriptures suggest that she was the daughter of Sage Kashyap and is distantly related to Shiva. She is the sister of Vasuki and the wife of Sage Jaratkaru. Due to the confusion in her parentage, Goddess Manasa has been denied the position which other deities enjoy. Hence, She is an extremely furious Goddess for those who refuse to worship her while extremely kind to those who worship her with devotion.

The Mahabharata tells about her marriage. Sage Jagatkāru decided to abstain of marriage. He came across a group of men who were hanging upside down from a tree. These men were his ancestor who was doomed because their children did not perform their last rites. So they asked Jagatkāru to marry and to have a son who can perform the rites to free them. Vasuki offered Jagatkāru his sister, Manasa. Although Jagatkāru was abstaining from a marriage he accepted. Manasa gave birth to their son, Astīka. Astīka performed the rites and freed their ancestor. Astīka also helped Naga from a Yajna, a fire offering by stopping the king Janamejaya.

Mansa Devi the mind-born daughter of Sage Kasyapa is also known as  Manasa Krida Shakti or Mind- Play Energy, often playful within Herself. She is worshipped by Krishna and as a Siddha Yogini having a thin body owing to contant Tapasya, thus known therefore as  Jata Karu as Sage Jata Karu too was too thin. Popular as Jagad Gouri illustrious for fair color and charm, Manasa Devi is a unique Deity highly popular in the Sub Terrain world, especially Snakes and other species of the underworld and also on earth, Heavens and Brahmaloka.

She is named as ‘Shaivi’ as an ardent devotee of Shiva, as a ‘Vaishnavi’ as is a Bhakta of Maha Vishnu; Nagesvari as the Saviour of Serpents when Janamejava executed the Naga Yajna after Parishith’s mortal end following a curse by a son of Sage’s son; Naga Bhagini or Vishahari as a sure curer of poison by snake bites; as Maha Jnanayuta or the Possessor of Great Knowledge; as Mrita Sanjivini as the Revivor from Death and Astika Mata or the mother of Sage Astika. Thus Mansa Devi is acclaimed as Jaratkarupriya, Jarat Karu, Jagad Mata, Siddha Yogini, Shaivi, Vaishnavi, Nagesvari, Visha hari, Mahajanayuta, Mrita Sanjivini, Astika Mata and Mansa Devi.

Manasa is also known as Jaguli. A theory suggests that Janguli may have been influenced by the Kirata-Giri (“the conqueror of all posions”)

This is the oldest of the Mangal-Kavya and narrates how the snake-goddess Manasa established her worship in Bengal by converting a worshipper of Shiva to her own worship. Manasa was a non-Aryan deity and her worship was an ancient one in Bengal. It is believed she came to Bengal with the Dravidians who worshipped her in the hope that she would protect them against snakes. Manasa is also known as Bisahari, Janguli and Padmavati.

According to the Puranas, Sage Kashyapa married Goddess Manasa to Sage Jaratkaru who married Her on a condition. Jaratkaru said that if Manasa ever disobeys him, then he will desert Her. Once Goddess Manasa awakened Jaratkaru very late in the morning and he was late for his morning prayers. He became furious at Manasa and deserted Her. Later he came back and they had a son named Astika.

I would love to share my thoughts with you all and you can mention different topics, you wanted to know in detail. 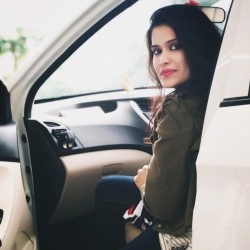 100+ Questions To Ask Before Dating (very Intuitive And Thoughtful)

What Are SME Loans And How Are They Useful

Raju Srivastava’s Journey from Driving an Auto To Fame