Who Is Kid Rock?

Kid Rock launched his music career as a DJ and rapper in the late 80s. He released his debut album, Grits Sandwiches for Breakfast, in 1990.

In 1998, Kid Rock released his fourth album – Devil Without a Cause. His fifth album, Cocky, followed in 2001.

Kid Rock is a self-taught musician with a knack for playing several musical instruments. His music draws from numerous genres, including rock, hip hop, funk, country, blues, and soul.

Ritchie took an interest in hip hop in the 1980s. He spent most of his earlier years teaching himself how to rap and breakdance. He also deejayed at several local talent shows around Detroit.

Kid Rock kicked off his professional music career in the late 80s by joining a hip hop music group known as The Beast Crew. He subsequently signed with Jive Records and released his debut studio album in 1990, titled Grits Sandwiches for Breakfast.

In 1992, Kid Rock signed with an independent record label known as Continuum. He subsequently released his second studio album, The Polyfuze Method, the following later.

Kid Rock’s fourth album, Devil Without a Cause, proved to be his most commercially successful venture at the time. Released in 1998, the album sold over 15 million units worldwide and went on to achieve diamond status.

Rock has since released seven more studio albums. They include:

After the success of his fourth studio album, Kid Rock started to appear on several films and television shows. Notable ones include:

Despite his impressive musical accomplishments, Kid Rock is yet to bag any prestigious award. However, the rapper has been nominated for scores of awards. 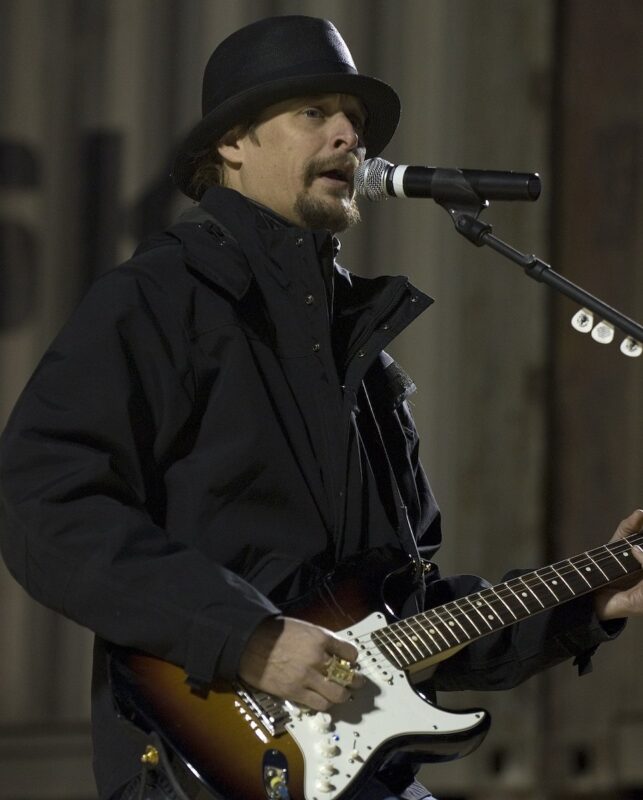 Kid Rock makes his money from his various engagements in the music industry, including rapping, songwriting, and deejaying.

Rock also earns from touring. He has gone on over 25 tours, beginning with ‘The Straight From the Underground Tour’ in 1990 to ‘The Hot September Nights Tour’ in 2019.

And like many music artists, Kid Rock has also appeared in a couple of movies and television shows over the years. The rapper likely earns decent paychecks from his various onscreen appearances.

Kid Rock is undeniably one of the most industrious rappers alive. His determination to succeed is mainly evidenced by the numerous tours he has gone on over the years. As soon as he releases an album or major track, Rock embarks on a tour to promote it.

Rock is known to voice his opinions fearlessly without caring who gets hurt, provided that his conscience is clear. For instance, he publicly endorsed the deployment of U.S troops in the Iraq War.

The music industry is littered with stories of one-hit-wonders, but Kid Rock isn’t one of them. The rapper has consistently treated his fans to scores of tracks and albums for the 30+–year period he has been in the game. 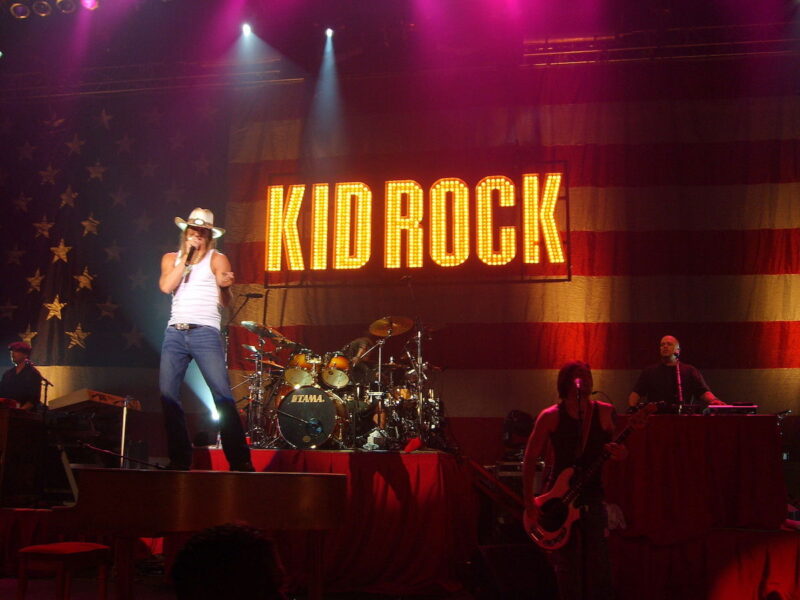 • A lot of people told me that I’m committing musical suicide with my sound.
• Being a father helps me be more responsible… you see more things than you’ve ever seen.
• Go where you’re celebrated, not tolerated. I’m celebrated in Detroit.
• I don’t sit in my room and hide the whole time. I think people know my spirit is real.
• Surround yourself with good people. Whether they’re the best or not, people are capable of learning if they’ve got good hearts and they’re good souls.

Kid Rock is a successful musician with scores of hits to his name. Rock has not only made a name for himself in the music industry. He has also earned millions in his bank account. His current net worth stands at $150 million.