Borderline personality disorder (BPD) is a pervasive psychiatric illness, affecting all aspects of a person’s – of my — life. BPD has injected its tentacles into all areas of my life, including my career, my love life, my relationships with family and friends, and my creativity. In some of these areas, I’ve been successful and in some, I’ve been too fearful to venture out.

I’ve been fortunate in that I’ve had access to the intensive treatment I’ve needed to achieve full and sustained recovery; initially, dialectical behavior therapy (DBT) on an inpatient long-term unit that specialized in treating patients diagnosed with BPD with DBT.

I felt safe on that unit. With scars on my arms and my thighs, for the first time, I didn’t feel as though I was a freak. I could speak freely of my two suicide attempts and no one said “How could you do that to yourself?’” The women, the patients bonded and we formed a strong community in which we spoke easily about taboo subjects such as sexual abuse and addicted parents. I cried when I had to leave because my insurance refused to pay for additional time.

In 2005 I entered TFP (transference-focused psychotherapy) with Dr. Lev, a psychiatrist who specialized in working with patients diagnosed with BPD. She was one of those rare psychiatrists who loved to do therapy. TFP is a psychodynamic treatment that focuses on the relationship or the transference which develops during the therapy. The premise is the relationship holds up a mirror for all the other relationships in the patient’s life and the insight she gains in therapy will help her improve those relationships.

Fully trusting Dr. Lev took years. Accepting that she wasn’t going to abandon or reject me, laugh at what I was saying or tell me I had no right to feel a certain way was a process. My fear and lack of trust came from being raised in a home with an alcoholic father who was demanding and who consistently let me know my feelings had no place in the home in which my brother and I grew up: “Stop crying or I’ll really give you something to cry about.”

I was terrified my words had the power to injure or even kill Dr. Lev. The last criterion for BPD in the DSM-5 (Diagnostic and Statistical Manual of Mental Disorders, 5th Edition) is “transient, stress-related paranoid ideation or severe dissociative symptoms.” When the Eyjafjallajokull volcano erupted in Iceland in April, 2010, it sent a cloud of ash across the rest of Europe. Dr. Lev was supposed to go on vacation and her plane couldn’t land. I told her I was the one who made the volcano erupt because I didn’t want her to leave me.

When I revealed this delusion about the volcano to Dr. Lev — at the time, I was not convinced it was a delusion — I saw nothing but compassion and acceptance in her face.

Once I fully trusted her, I began talking about topics I’d never spoken about with any of my previous therapists. I revealed my deepest, darkest thoughts:

I speak with a forked tongue.”

I loathed myself. I starved myself, cut myself, and tried to kill myself. I tried multiple times and varied methods of self-destruction.

Through our work together, my urges decreased, then faded. I refocused the energy I spent on harming myself into working on relationships, my career, and my newfound passion: writing.

People diagnosed with BPD tend to have problems with relationships of all kinds. My younger brother Daniel, who at one point when I was so ill, took on more of a parental role especially after our mother passed away in 2002. He helped me out financially, emotionally and constantly checked in with me. As the vestiges of my BPD fell away, our relationship became more balanced and we are now best friends. In 2018, he asked me to walk him down the aisle at his wedding. 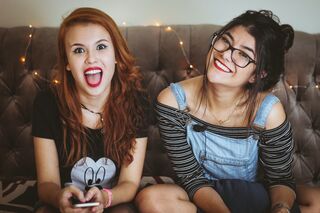 My progress in my relationship with Daniel transferred to other relationships in my life. I was able to make good friends and keep them based on mutual respect and the give-and-take solid friendships demand. I have friends from two former jobs, friends from the writing community, friends from the entrepreneurial world, and friends who’ve I picked up here and there. Cultivating and sustaining friendships takes work, but the rewards remain unlimited.

I was having issues at work in that I craved constant approval and accolades from my supervisor for a job well done. I was incapable of validating myself. This stemmed from wanting to please my father and chasing his approval until he passed away in 2013. I never heard the words, “You are good enough,” escape his lips.

When the praise from my boss wasn’t immediately forthcoming, I started having “accidents” at work. I slipped on a puddle of coffee someone spilled in the waiting room and suffered a concussion. I tripped over an upturned carpet and chipped a tooth. With Dr. Lev’s assistance, I was able to gain insight into this pattern of behaviors and alert myself to these feelings when they cropped up, before the need to act out arose. Eventually, I was able to tell myself I was good enough and believe it. The need for validation from my superiors disappeared. Though it’s still nice to be appreciated for my hard work once in a while.

At the end of 2015, I told Dr. Lev I wanted to spend the next year terminating our treatment and she agreed it was time. At that point she and I had been working together for 10 years, so to spend one year terminating our therapeutic relationship was appropriate. I couldn’t believe I was the one who initiated wanting to end therapy. I once thought I would never be able to survive without having someone to talk to each week.

The last week of December 2016 was approaching. I wanted to give Dr. Lev something to show my appreciation. In my eyes, she had saved my life and given me a life worth living. Since I was a writer, I decided to write her a letter, which ended up being eight typed pages.

You stuck with me. You didn’t give up on me. And you saved my life.

I believe that if I had not met you, I would be dead by now. I would have been dead long ago.

And look at me.

As little as a year ago, I did not think I’d be capable of functioning in this world without you and then my world shifted. You helped the axis tilt. It wasn’t as if the earth swung 180 degrees all at once. I didn’t feel the degrees go by – one day I looked at the cloudless sky and realized that I would be okay in my own world.

And look at me.

I’m walking out under my own power into the world with a child’s curiosity and the thrill of discovery. Sparks dance upwards and I am back at summer camp feeling a child’s joy at capturing fireflies in mason jars.