Home Motivation 35 Catchy Quotes About Thinking Outside the Box

Sometimes our best ideas and thoughts come when we are free thinking and dreaming. Limiting ourselves doesn’t allow room for creativity. Let these catchy quotes stick in your brain for their cleverness and creative spin.

Catchy quotes! Quick! Move fast! In a world where our attention span can be so fragile, if a quote isn’t catchy…it has no impact.

Catchy quotes can be quirky little reminders of how unique and rare we are. When we realize that, our creativity can flow.

Being creative is a muscle that is strengthened with freedom, choice, confidence and even failure! Some of society’s most influential people have been creative beyond measure! Let’s see what they had to say!

For more inspiration, don’t forget to also read our collection of magical quotes that will spark your creativity.

Catchy Thinking Outside the Box Quotes

2. “If you’re having difficulty coming up with new ideas, then slow down. For me, slowing down has been a tremendous source of creativity. It has allowed me to open up – to know that there’s life under the earth and that I have to let it come through me in a new way.” – Natalie Goldberg

3. “Learn your techniques well and be prepared to let them go when you touch the human soul.” – Carl Jung

4. “Every child is an artist. The problem is how to remain an artist once we grow up.” – Pablo Picasso

5. “There is a fountain of youth: it is your mind, your talents, the creativity you bring to your life and the lives of the people you love. When you learn to tap this source, you will have truly defeated age.” –  Sophia Loren

6. “Creativity exists in the present moment. You can’t find it anywhere else.” –  Natalie Goldberg

7. “The most important thing in science is not so much to obtain new facts as to discover new ways of thinking about them.” – Sir William Bragg

8. “Let me fall. Let me climb. There’s a moment where fear and dream must collide.” –  Josh Groban and Cirque du Soleil

9. “Don’t spend time beating on a wall, hoping to transform it into a door.” – Coco Chanel

10. “Without leaps of imagination, or dreaming, we lose the excitement of possibilities. Dreaming, after all, is a form of planning.” – Gloria Steinem

12. “The future belongs to those who believe in the beauty of their dreams.” – Eleanor Roosevelt

14. I discovered that searching can be as interesting as finding. – Paulo Coelho

Don’t forget to also read these quotes about innovation.

Other catchy quotes to inspire and motivate you

15. “Always think outside the box and embrace opportunities that appear, wherever they might be.” – Lakshmi Mittal

16. “The riskiest thing we can do is just maintain the status quo.” – Bob Iger

18. “The man who views the world at fifty the same as he did at twenty has wasted thirty years of his life.” – Muhammad Ali

20. “Your life changes the moment you make a new, congruent, and committed decision.” – Tony Robbins

21. “The mind is what it thinks. To make it true, think true.” – Nisargadatta Maharaj

22. “A genius is the one most like himself.” – Thelonious Monk

24. “The greatest of faults… is to be conscious of none.” – Thomas Carlyle

25. “A great many people think they are thinking when they are merely rearranging their prejudices.” – William James

Catchy thinking outside the box quotes to live by

26. “Think outside the box, collapse the box, and take a fucking sharp knife to it.” ― Banksy

27. “You can’t force creatives into a box. If you try, they’ll no longer be creative. And no one will want your box.” ― Ryan Lilly

28. “Thinking outside of the box allows you to get rewards outside of your reach.” ― Matshona Dhliwayo

29. “Many a times, for thinking outside the box. We need to look within.” ― Harjeet Khanduja

30. “More important than having the Courage of your Convictions is to possess the courage to question your convictions. This is a great source of freedom. There is no ‘box to think outside of’ with true freedom.” ― Timothy G Cameron

31. “They say some people think outside the box. I can’t even find the damn box. This has really hurt my ability to create long-term positive relationships and my general relations with other sapient creatures but it does have its advantages.” ― Joseph Kainz

32. “Wise people said think outside the box. Then your first step should be: don’t make your own boxes.” ― Antonious Rinaldi

33. “I don’t think outside the box I think of what I can do with the box.” ― Henri Matisse

34. “It’s easier to think outside the box if you don’t draw one around yourself.” ― Jason Kravitz

35. “The best way to get people to think outside the box is not to create the box in the first place.” ― Martin Cooper 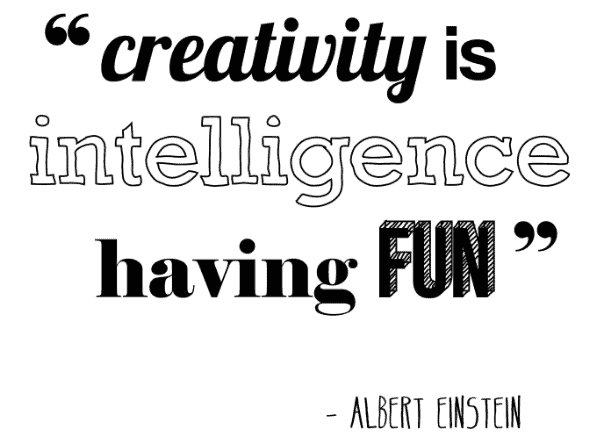 Afraid of Public Speaking? 7 Tips to Do It Well

100 Questions To Ask Yourself About Your Relationship (Whether It’s Healthy Or Toxic; If You Should Stay Or It’s Over)