Home Motivation 30 Creative Elf On The Shelf Ideas For Toddlers, Teens, And Adults!

What’s your sign that the holidays are upon us? When you’ve finally setup the Christmas tree? When the first snow falls? Right after the Macy’s Thanksgiving Day Parade?

For many families in the U.S., it’s when the Elf on the Shelf shows up.

When did Elf on the Shelf tradition begin?

What began as a self-published book by Carol Aebersold and daughter Chanda Bell is now a beloved Christmas custom. The book entitled, ‘The Elf on the Shelf: A Christmas Tradition’ was sold by Aebersold and Bell when other publishers turned them down.

The story is based off of their family’s own Scandinavian holiday that began in the 70s. The premise is simple: Scout Elves come down from the North Pole during Scout Elf Return Week (normally the last week of November through December 1) and get adopted by families. By day, the Elves watch the kids. By night, they report to Santa whether they’ve been ‘naughty’ or ‘nice’.

When the Elves come back to the house, they land on a different place each time. And depending on their personalities, they can be reserved, playful, or even a little roguish. That’s why some children catch their Elves doing various things, such as watching TV or messing up the kitchen.

The caveat? Kids can’t touch the Elves or the magic disappears. But they can talk to them and ask that their wishes reach Santa during the night. Of course, when Santa appears on Christmas Eve to deliver the gifts, the darling Elves must go with him, too.

And so we say farewell to our Elf on the Shelf – at least, until next year.

Creative and Cheeky Elf on the Shelf Ideas

Ready to get creative this year? Whether you’re new to the tradition or not, these #elfontheshelf ideas will get you excited for Christmas: 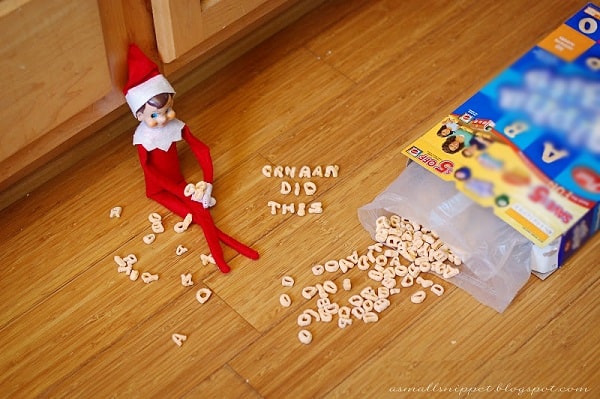 Credits to: A Small Snippet

While Scout Elves are not normally mischievous, it still depends on their personality (and your imagination). This one doubles as a prank on your little ones! 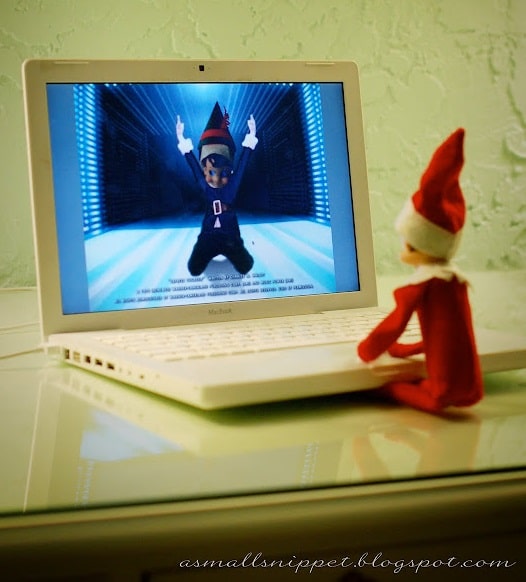 Credits to: A Small Snippet

Santa’s Elves are updated with the times. Here we catch him ‘Googling’ himself. Oops. 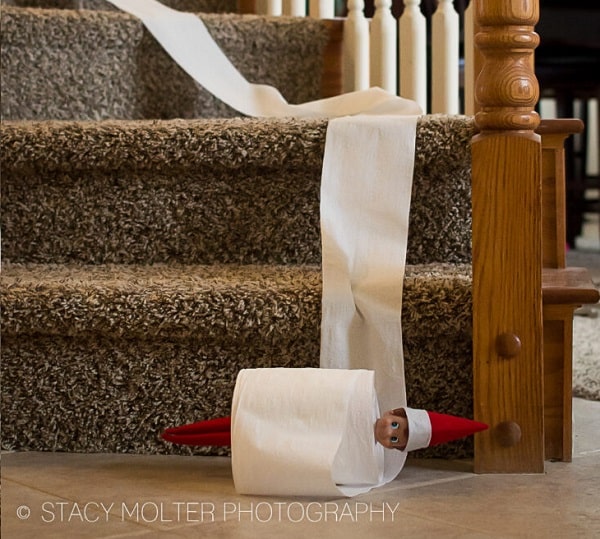 Oh no, what has he gotten himself into this time? Looks like our Elf landed on the wrong room of the house!

4. Thomas Has a Friend 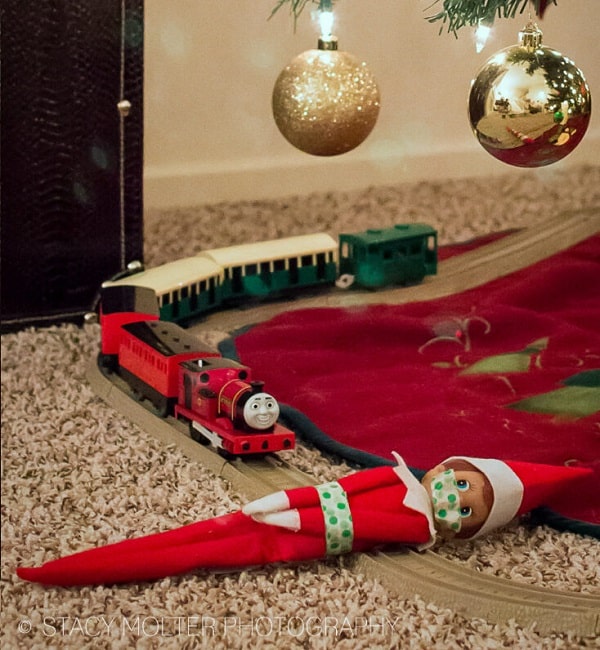 Perhaps this isn’t the right way to meet a new friend.

Instead of ‘Where’s Waldo’, this one lets you play ‘Where’s Elfie’ with the kids.

Fans of the franchise will certainly have a laugh (or shock?) when they see this in their bathroom in the morning. Definitely a neat prank to play with roomies, teens, or young adults in the household.

It seems *someone* got caught while baking some cookies for Santa! 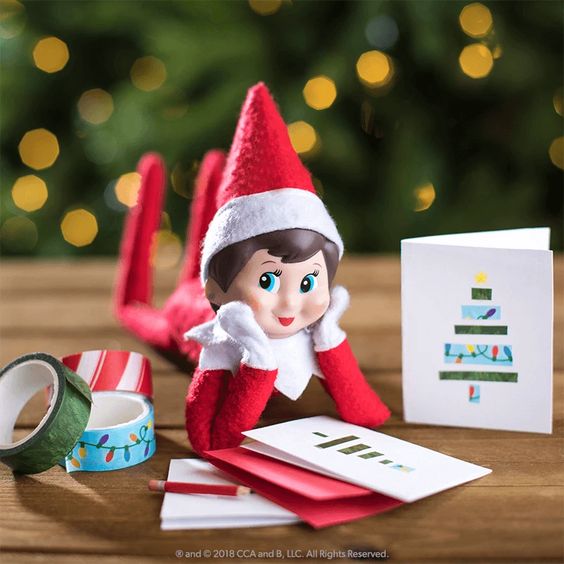 Credits to: Elf on the Shelf Shop

…might make cards later. This Scout comes as a set with a mix of decorative tape so you can re-create endless charming scenes like this one. 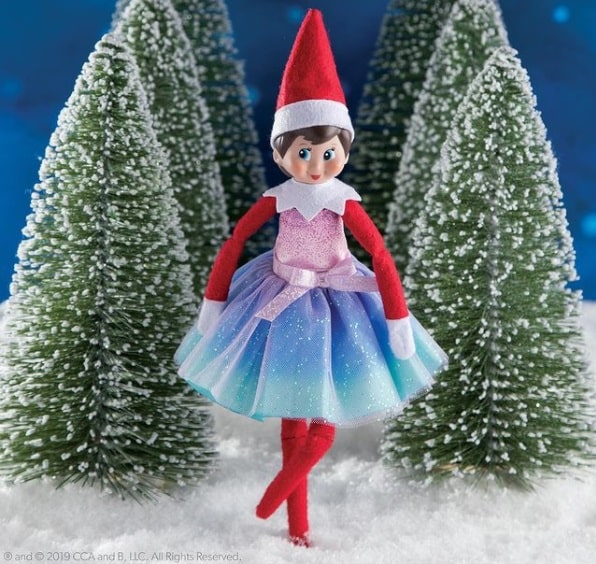 This cute polar princess dress is bound to put your Elf on a festive, glittery mood! 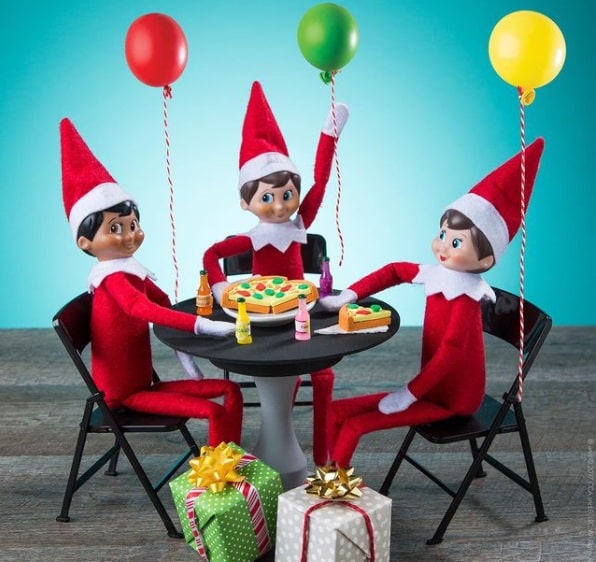 If you adopted a few elves from past Christmases, don’t forget their birthdays! Gather their fellow Scouts and bring out the pizza. 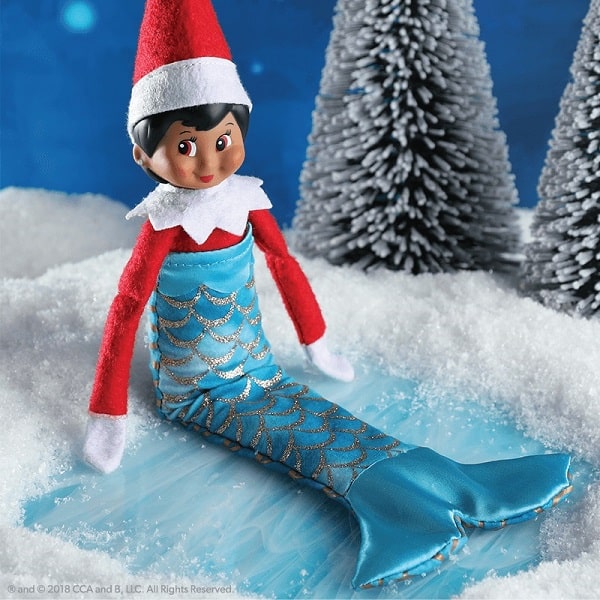 Credits to: Elf on the Shelf Shop

Dress up your Elves in something a little unconventional. After all, holidays are all about letting your imagination run wild. 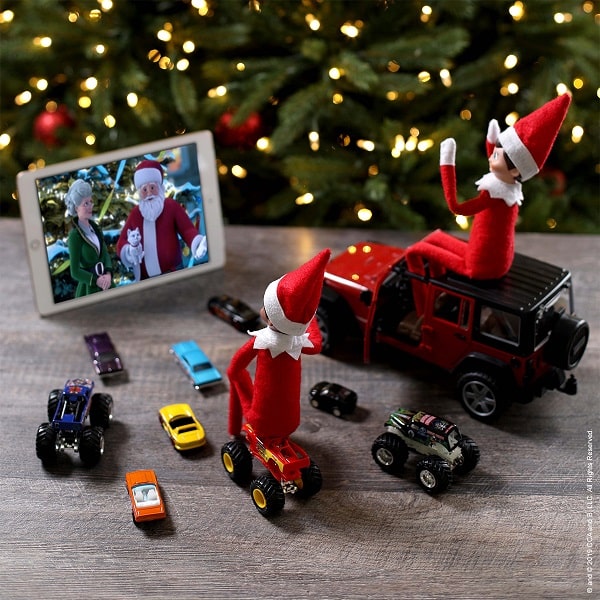 Who doesn’t like drive-in movies? By the time your Elf comes back from the North Pole, he’ll probably want to indulge in some traditional Christmas films.

Although Scout Elves don’t necessarily become sick, they are still worried about your family. Safety first! 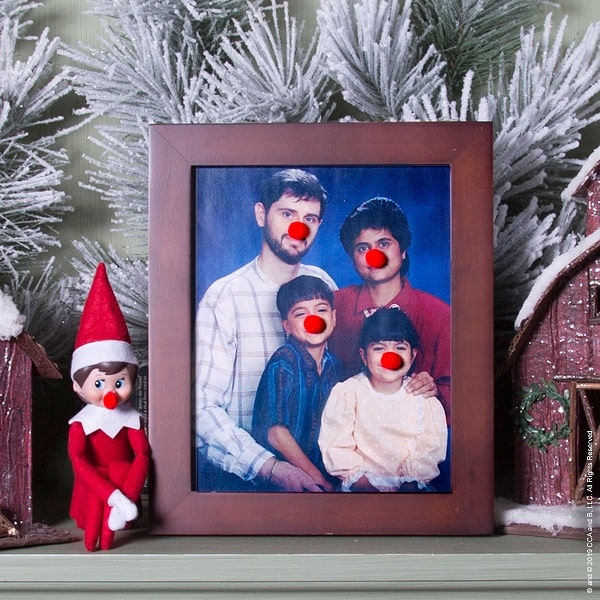 Who put that there? Oh, it’s probably just Elfie, clowning around!

You and the kids wake up to this. Creepy or cute? 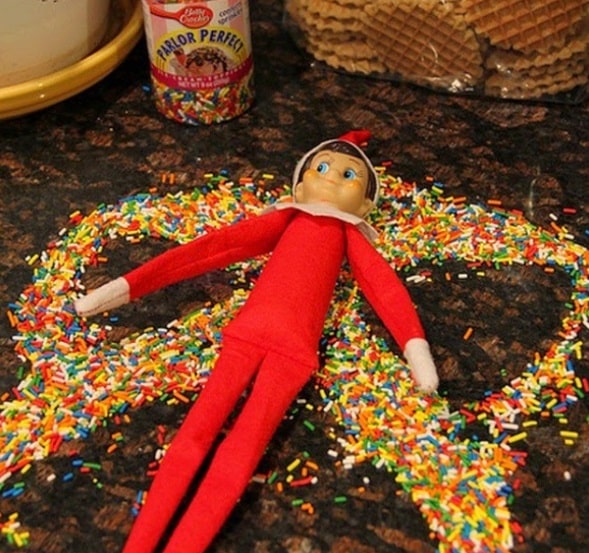 Guess *someone* misses snow and now wants to turn the kitchen into a sprinkle wonderland? (For parents: works with marshmallows, flour, and glitter, too.) 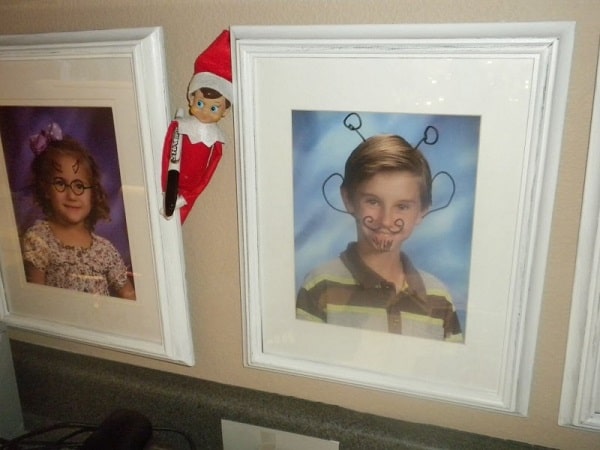 Uh oh, Santa’s helper is getting a little naughty. Better hide your pens and markers! 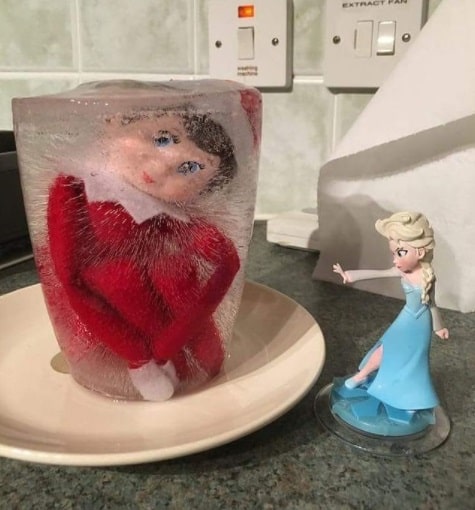 Looks like winter decided to come early – and Elsa seems to be the culprit. 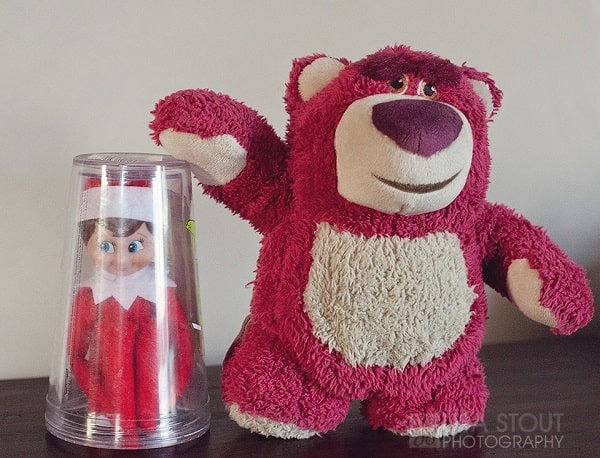 Did Lotso put our Scout on time-out? That, or he’s really helping him get out of a tight situation. 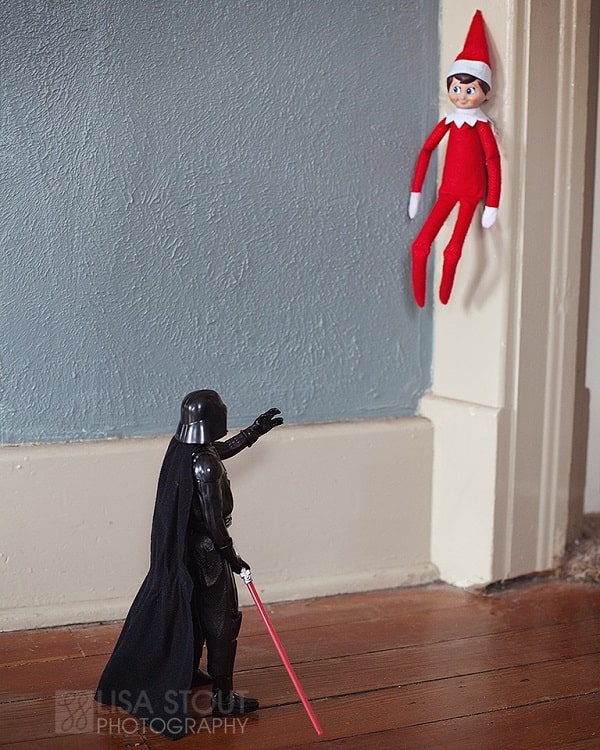 Should we help or…? 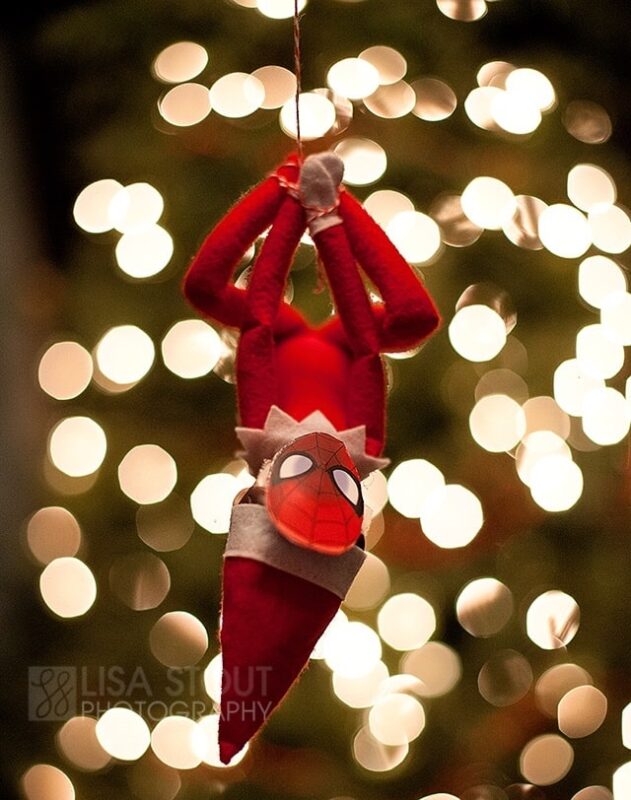 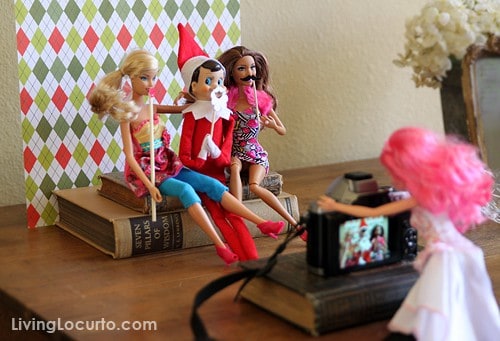 When it comes to having fun, no one knows it better than Barbie and her friends. Just remind your Elf not to have ‘too much’ fun.

23. To Infinity and Beyond 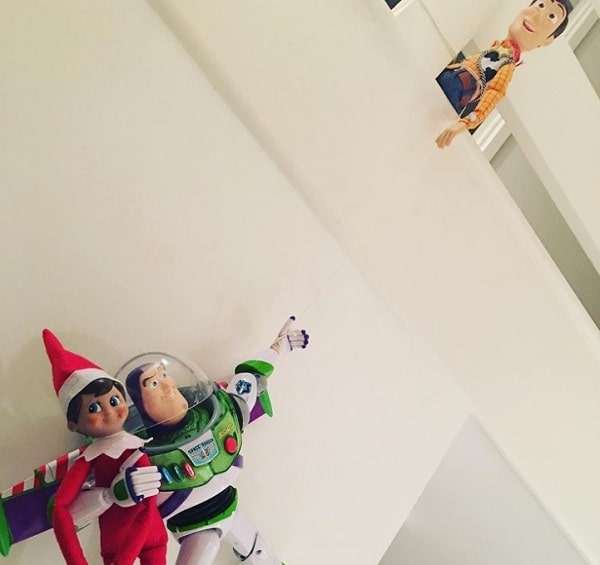 Woody, Buzz, and the whole gang is about to have a new playmate!

Do you think the Scout Elf will win this round? How many games have they been playing while you were asleep? No one knows. 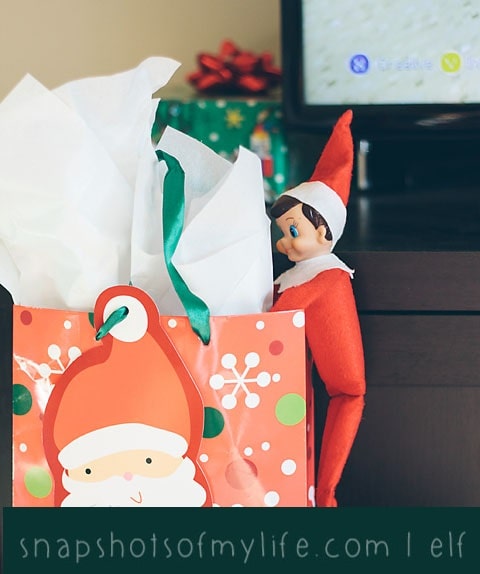 Hey, no peeking at the gifts, mister! Did *someone* want a midnight snack and got stuck in the fridge? 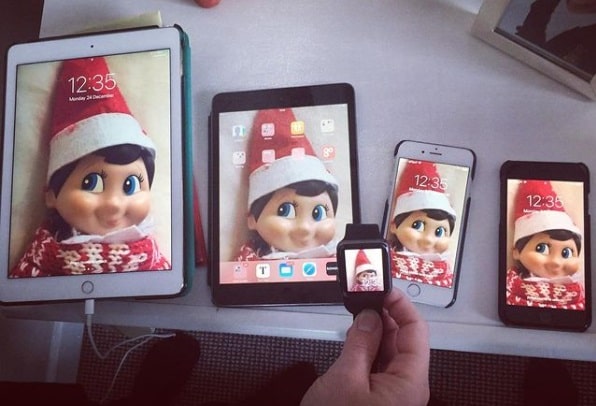 You wake up to this on all your gadgets: what do you do? This cool little dude seems to have taken a side trip to space while on his journey to the North Pole. Ask him what he saw! 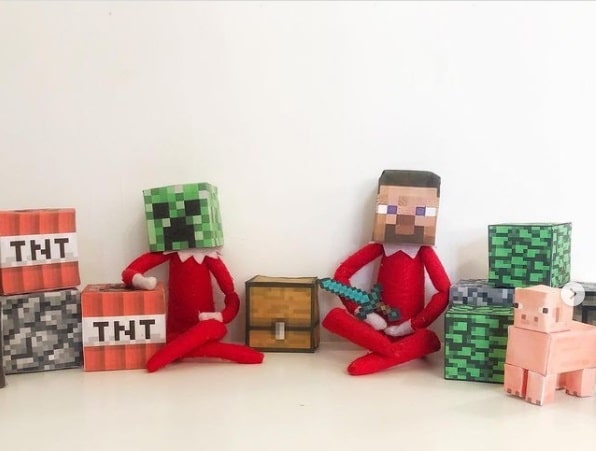 If your kids love Minecraft, then this Elf on the Shelf will make for a fantastic surprise. 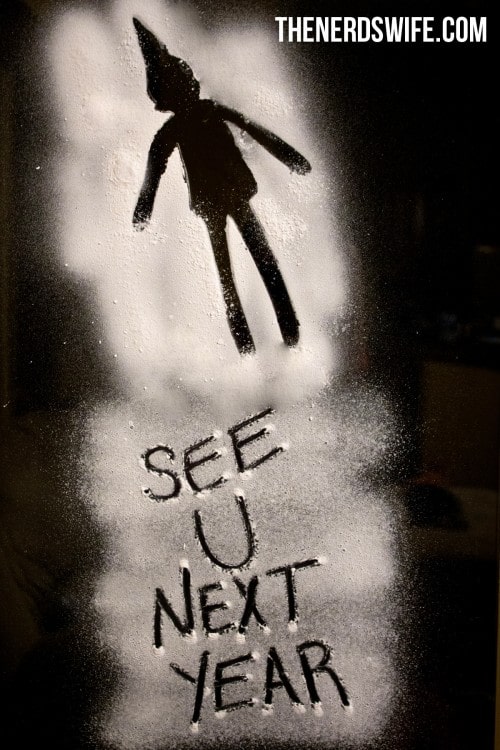 Credits to: The Nerd’s Wife

Once all the merry-making is done, it’s time for your Scout to say goodbye – at least until next year. Make sure he leaves a note behind for the kids.

Which Elf on the Shelf will you re-create in your home?

Cris Antonio is a Storyteller and adventurer. She’s currently focused on writing articles to help millennials find better career opportunities as they strive to make a difference. Aside from writing, Cris also enjoys baking, collecting toys, and reading German novels. Feel free to follow her adventures on Twitter @CrisWrites.

17 Love Poems for Your Boyfriend That Will Make Him Cry