Nawazuddin Siddiqui is one of the most talented and bright Indian actors, who is known for his incredible acting performance in the Bollywood industry. He is a successful alumnus of the National School of Drama.

He married Anjali Siddiqui, and the couple is blessed with two kids, a girl Shora and a boy Yaani.

As a youth boy, he graduated with d Bachelor of Science degree in chemistry honor from a college in Haridwar in Uttarakhand following this, soon he worked as a chemist in Vadodara for a year, before leaving for his ultimate changing point Delhi in search of a new job. In Delhi, he was instantly drawn to acting after watching a dramatic play which made him inclined toward dramatics.

This interest in drama provoked his pursuit of securing admission at the national school of drama Institute popularly known as (NSID) in NewDelhi, where he acted in over fifteen plays with a group of friends who later turned out to be some of the finest names in cinema by fulfilling one of the criteria for admission that was playing a role in the play and securing his position in the field of drama soon he became so common name in dramatic plays and operas in Delhi theater which ultimately led to the rise of his stardom.

He made his Bollywood debut in 1999 in the film Sarfarosh starring Amir khan where he portrayed a negative character due to his dusky complexion initially he usually played a negative villain or supportive role. He appeared in many films such as new York, Munna Bhai MBBS for a short interval doing cameo until the year 2007 which brought a revolution in his life with the film black Friday where he earned accolades from the critics and fame.

Since then he has given multiple chartbuster movies including the famous Gangs of Wasseypur series, Kick, and Bajrangi Bhaijaan, detective Bombwykesh Bakshi, Manjhi mountain man, and Raees to name a few. Nawaz has also played a role in Hollywood movies and has been nominated to Cannes and Toronto movies festival now he has turned into a household name in Indian cinema.

From his acting and dialogue delivery, we can easily judge that Yes, he is really an outstanding actor. So, let’s catch out directly from his mouth some of the most inspiring Nawazuddin Siddiqui Quotes to activate your inner talent.

“Behind every easy role, there is a lot of hard work that goes in.” — Nawazuddin Siddiqui

“In Mumbai, you have to act in real life, too.” — Nawazuddin Siddiqui 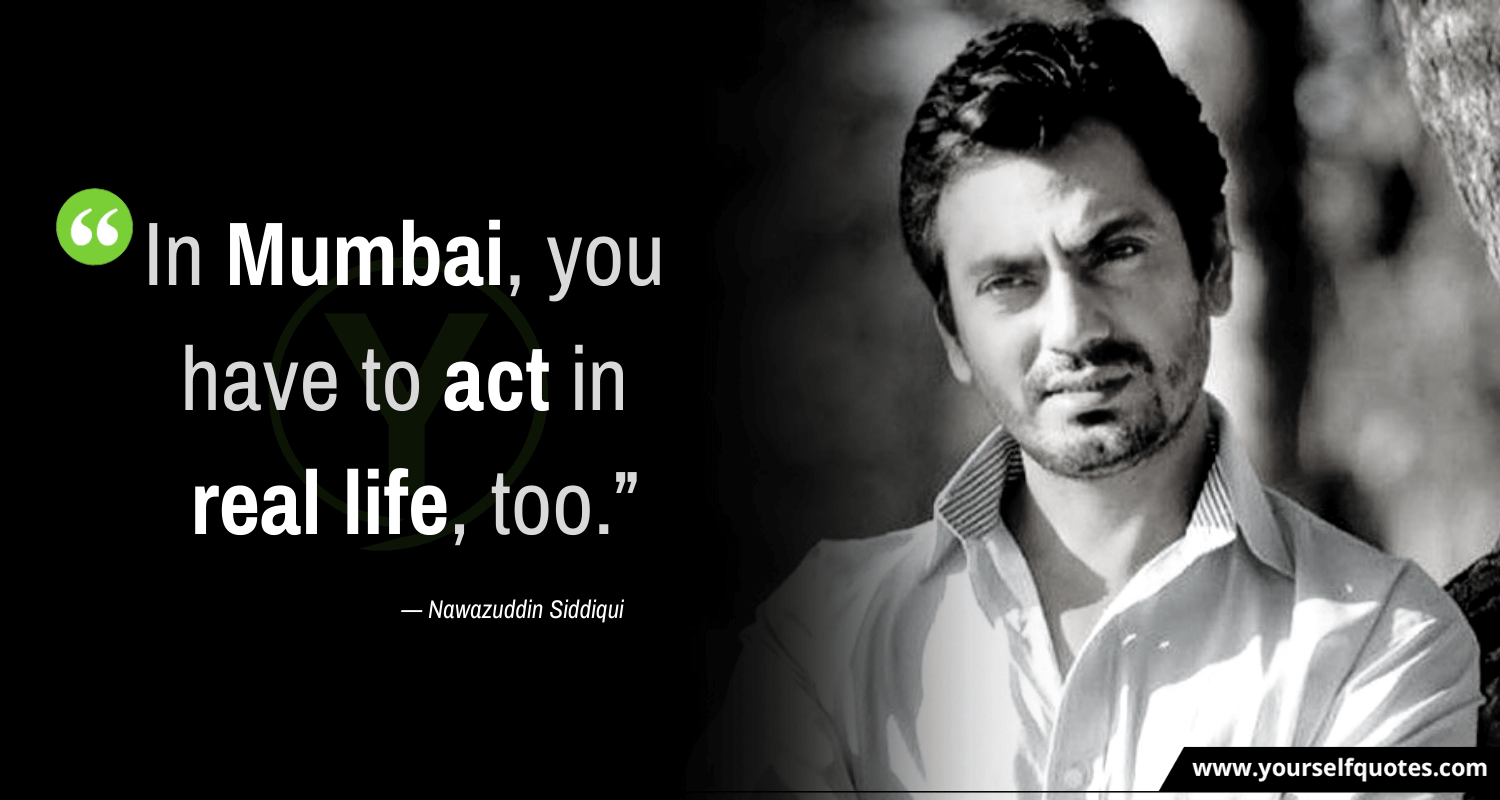 “There is nothing called negative character. The negativity and positivity exists in all of us.” — Nawazuddin Siddiqui 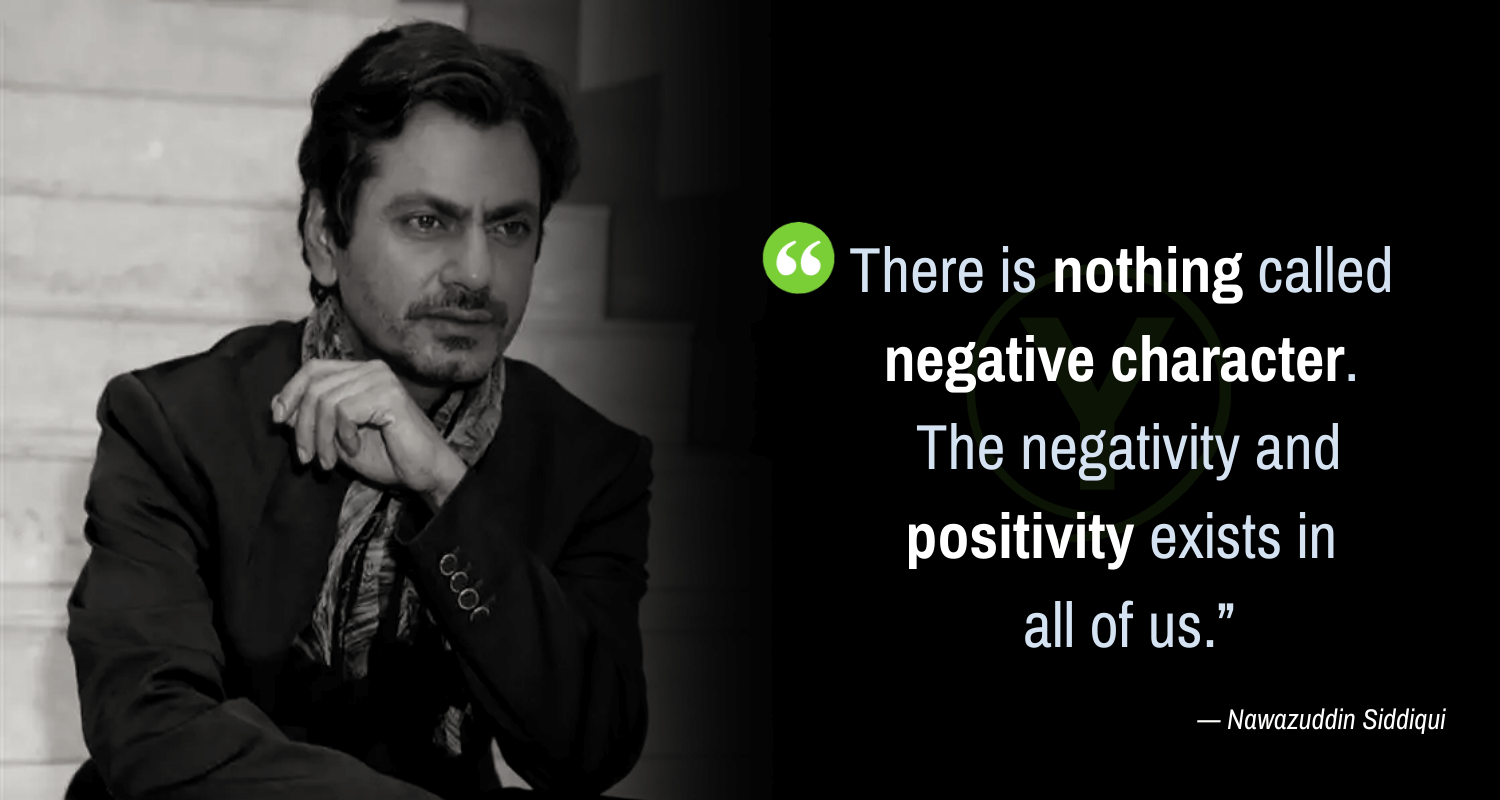 “I have seen people climbing up and down the ladder of success, and I learnt a lot from them.” — Nawazuddin Siddiqui 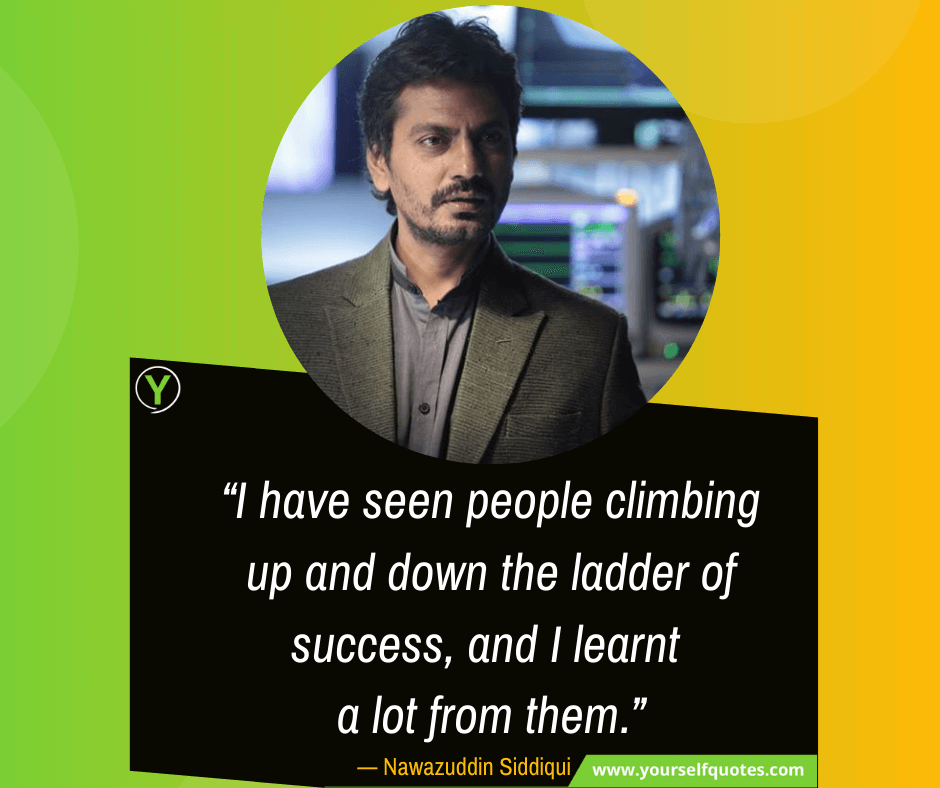 “My experience has offered me the sensibility that encourages me to try newer characters.” — Nawazuddin Siddiqui 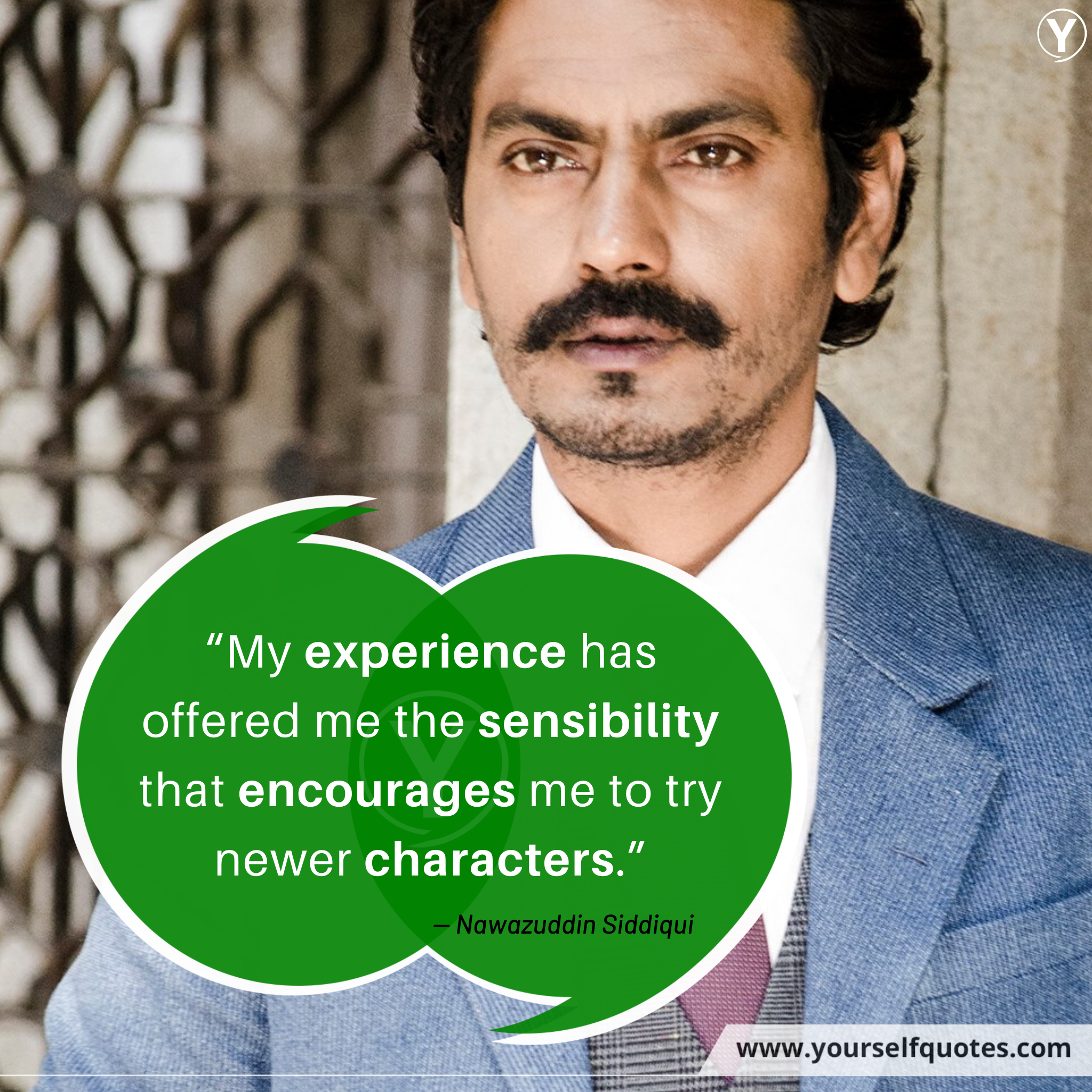 “I have done theatre, and I enjoy the process of smaller films a lot more. When I do such films, there are certain things which I get to do which are untapped. The scenes give me the liberty to play and to mould the character in accordance to the director’s mindset.” — Nawazuddin Siddiqui

“If one line about the film excites me, I try to take it forward.” — Nawazuddin Siddiqui 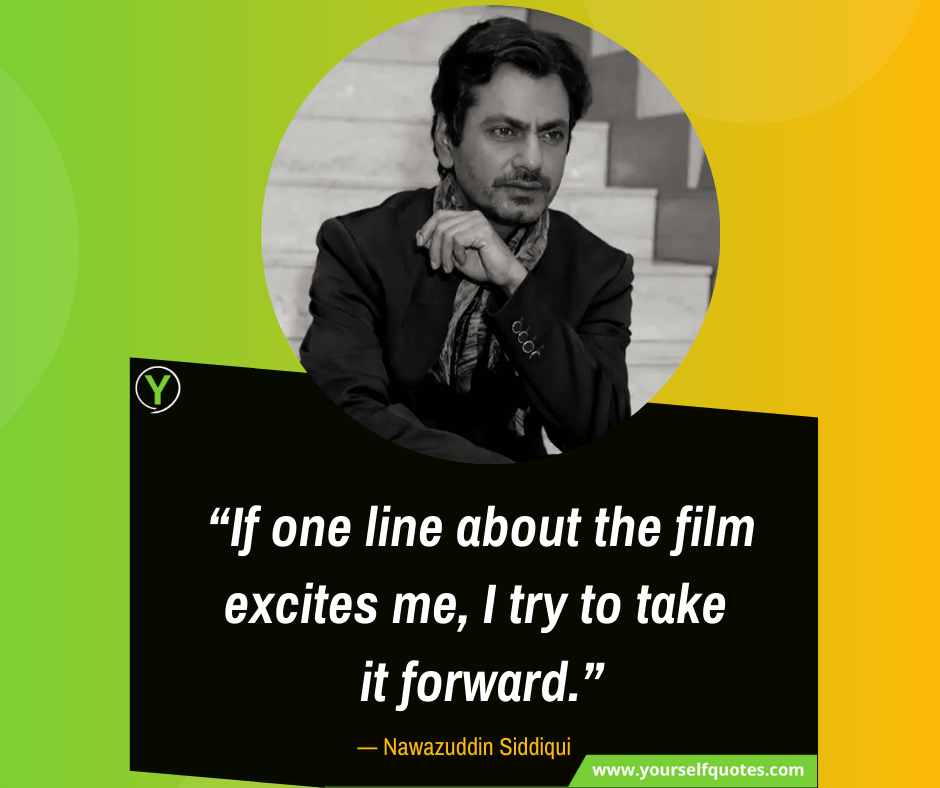 “I have never thought about creating an image for myself in Bollywood. I am an actor and just want to experiment with roles. I am ready to do all types of roles.” — Nawazuddin Siddiqui

“I still can’t believe it when people say I am a celebrity.” — Nawazuddin Siddiqui 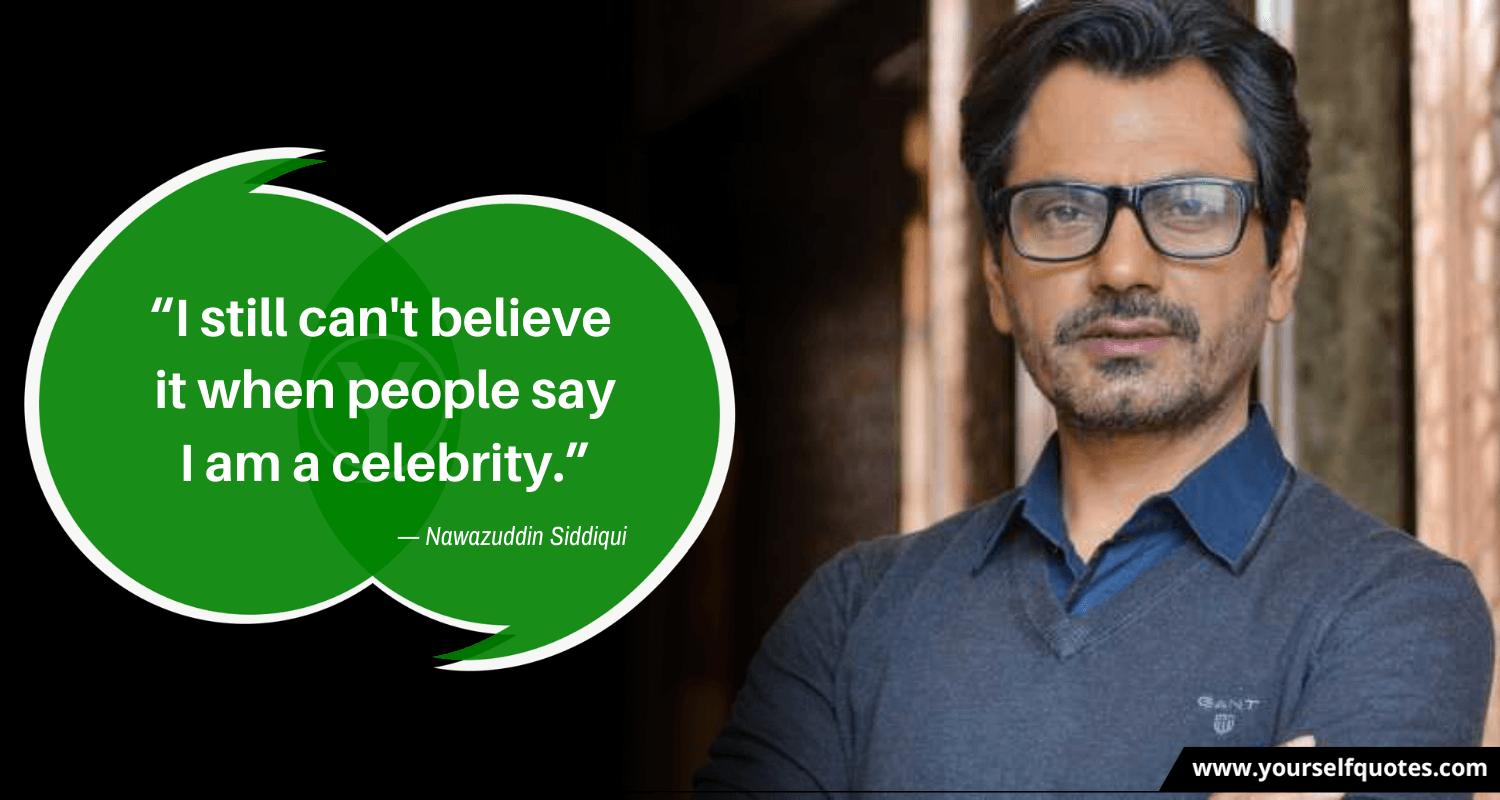 “I think there is no racism in this Film Industry. They are only in need of talent, Though it takes time; But, if you are talented, you will get your due. I am thankful to be a part of this Industry.” — Nawazuddin Siddiqui

“I interact with journalists all the time, and I note how they behave.” — Nawazuddin Siddiqui 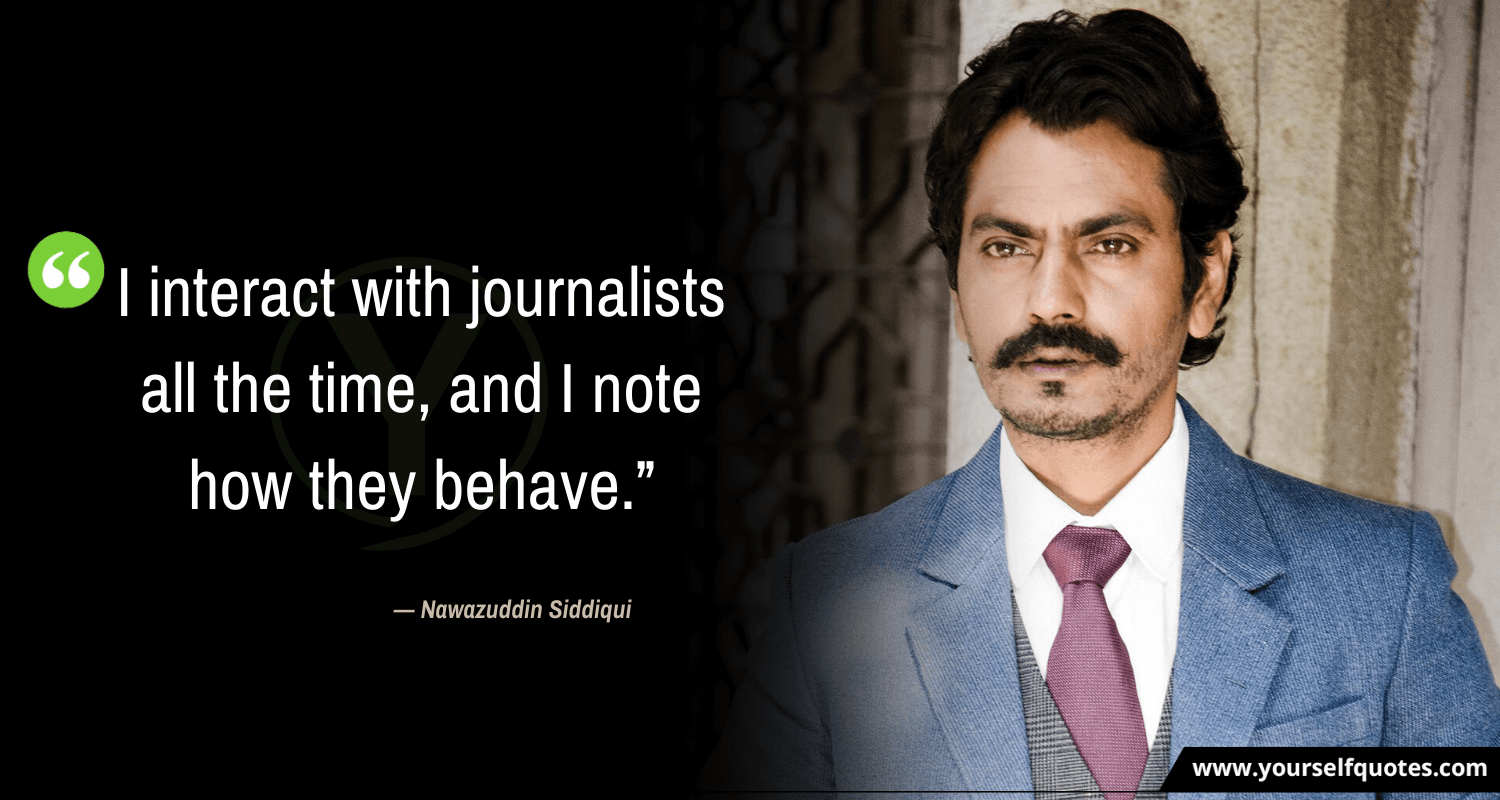 “There was electricity in our village only for 2-3 hours a day, so all my life, I studied under a lamp.” — Nawazuddin Siddiqui

“I knew I would get offers to play the villain after ‘Kick,’ and I had already decided to reject all of them.” — Nawazuddin Siddiqui 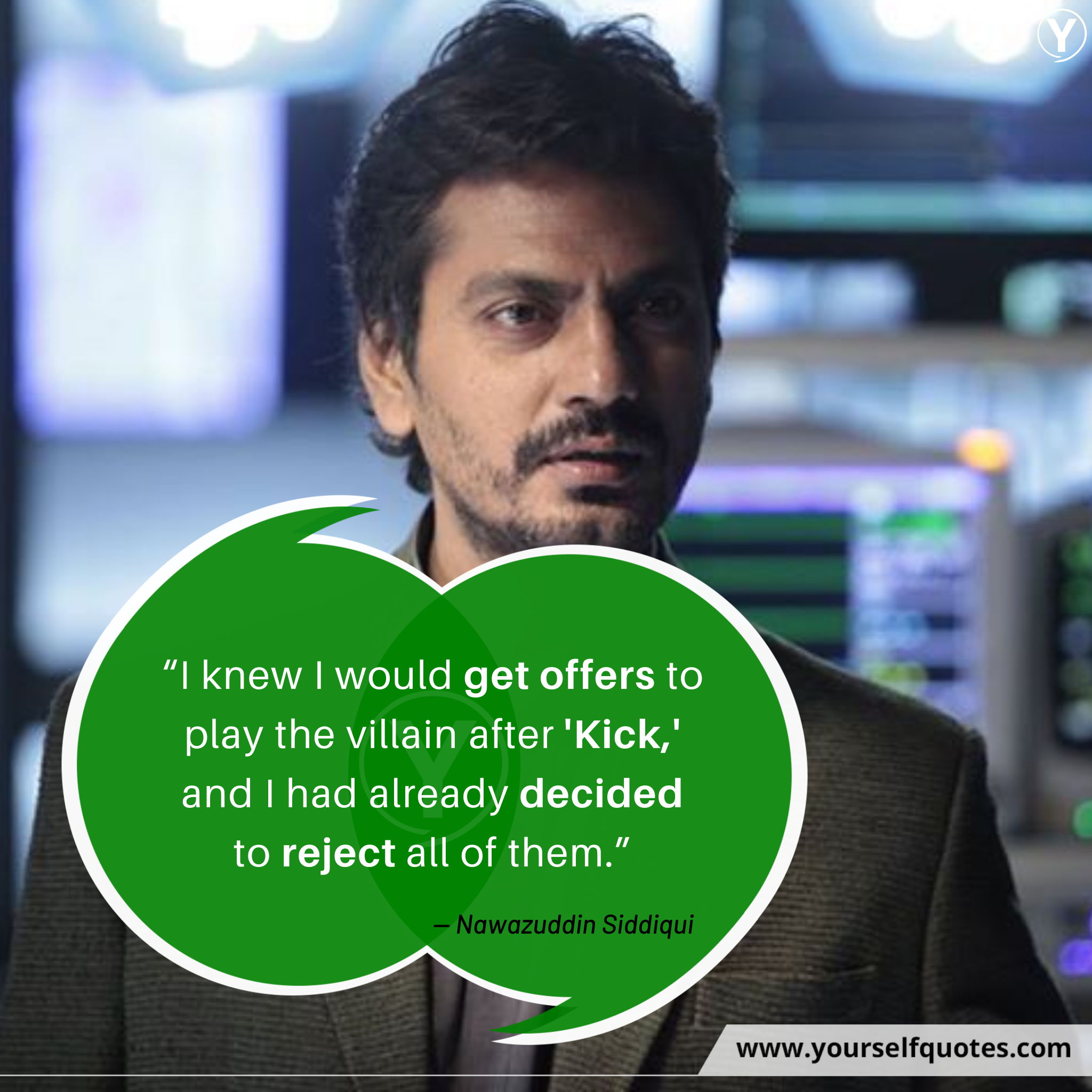 “As far as Raman Raghav is concerned, he is ruthless.” — Nawazuddin Siddiqui 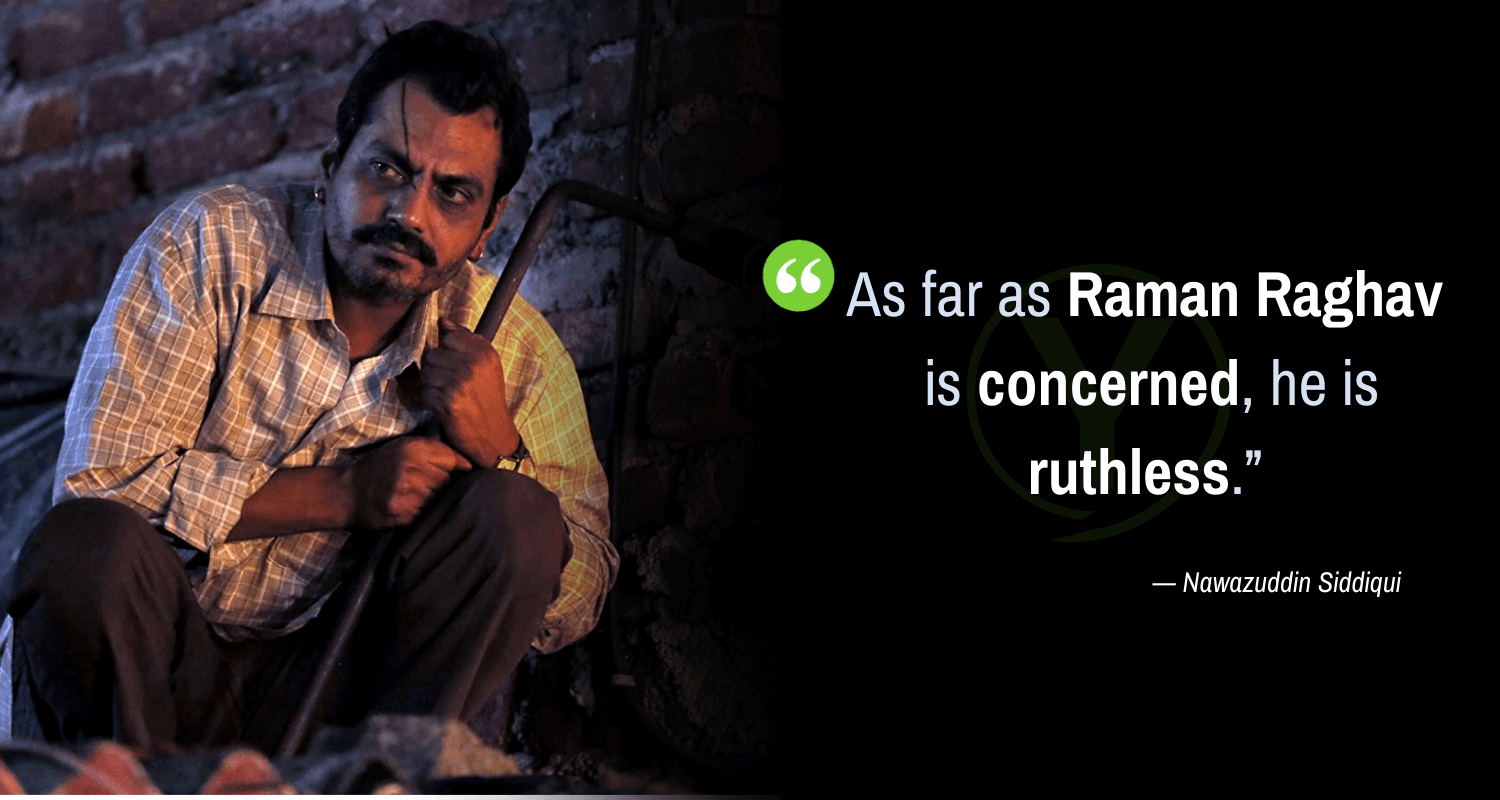 “My job is to work hard and be honest with my character, and that’s in my control. I can only try to give my best performance.” — Nawazuddin Siddiqui 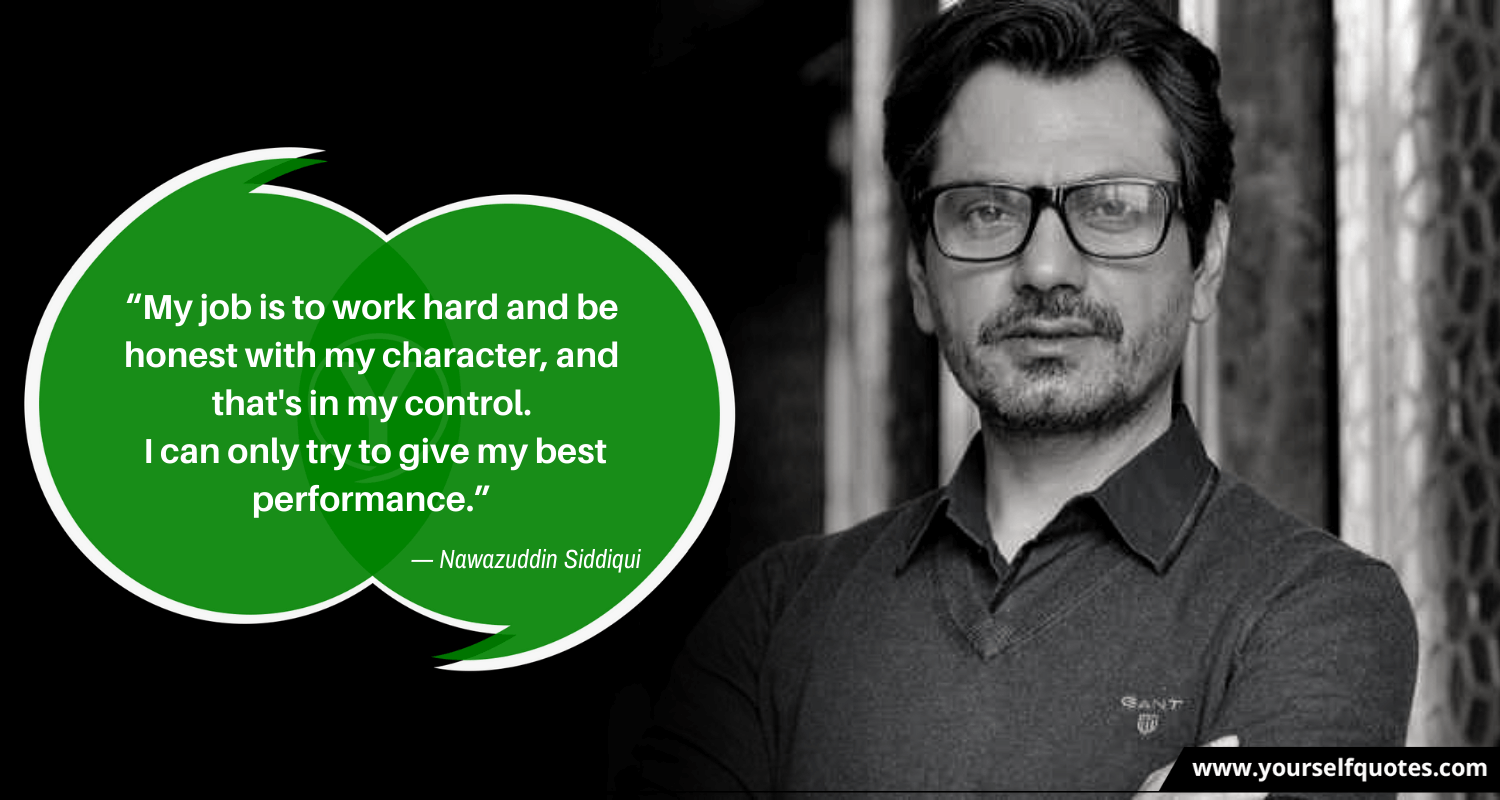 Nawazuddin Siddiqui the man who has faced a lot of struggles before reaching the point of stardom where he is today is a well-known Bollywood personality.

He started an amazing journey from Delhi’s National School of Drama and then gradually turned into a film star. His journey was not easy, but his determination toward his goal of ever-improving knowledge of his craft led him to success. At a very young age, he developed a keen sense of acting and now the words are less to tell the world that he is indeed an incredible actor.

So let’s wish this actor grows more and more to the heights of success and entertains us more with his outstanding performances. So let’s share out these amazing Nawazuddin Siddiqui Quotes Images with all.